Neal Browning receives a shot in the first-stage study of a potential vaccine for COVID-19, the disease caused by the new coronavirus, Monday, March 16, 2020, at the Kaiser Permanente Washington Health Research Institute in Seattle. Browning is the second patient to receive the shot in the study.

Smart Talk: Viral immunity; is the immune system the key to the COVID puzzle? 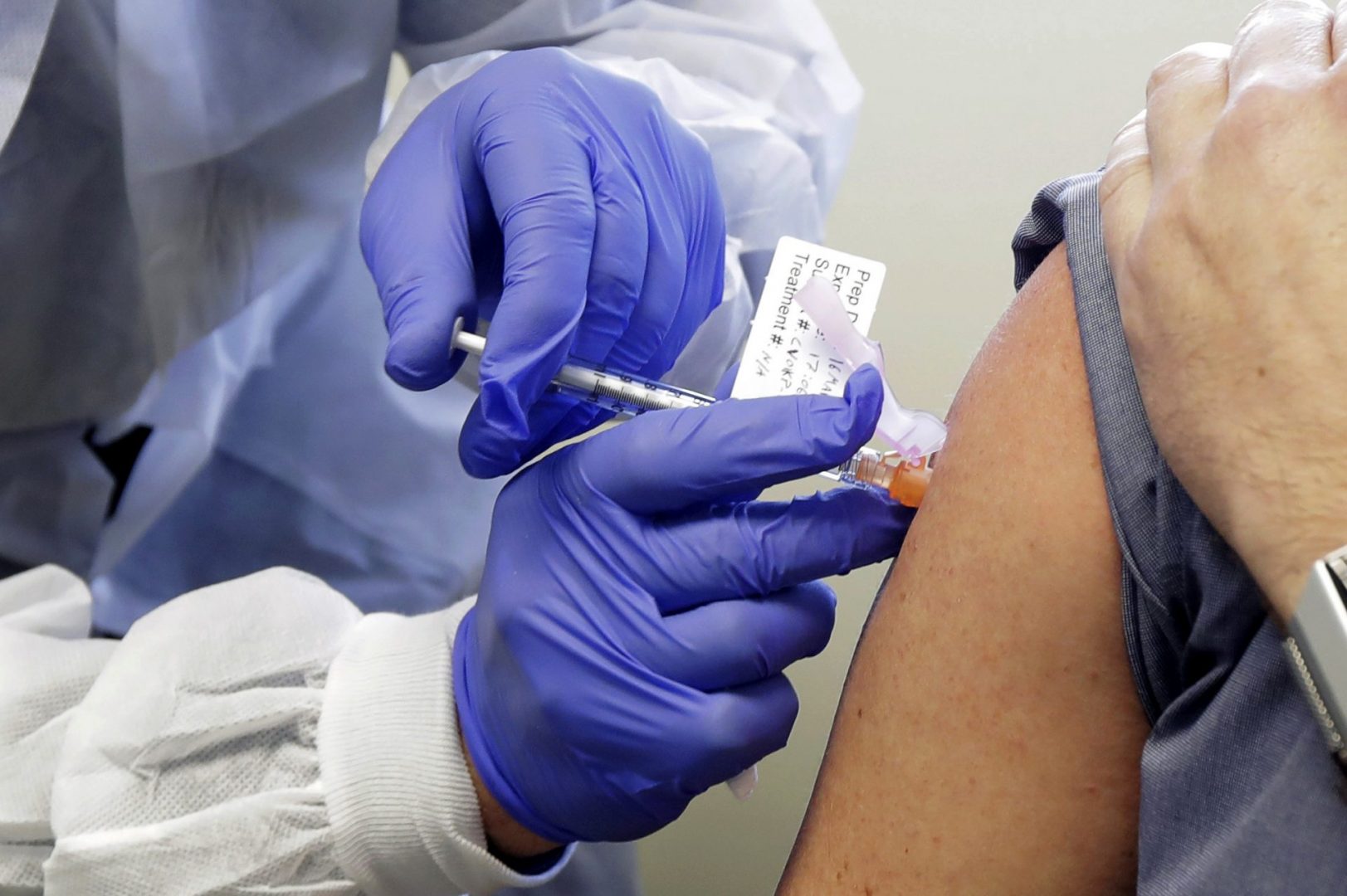 Neal Browning receives a shot in the first-stage study of a potential vaccine for COVID-19, the disease caused by the new coronavirus, Monday, March 16, 2020, at the Kaiser Permanente Washington Health Research Institute in Seattle. Browning is the second patient to receive the shot in the study.

The fall COVID-19 surge has arrived as predicted, and healthcare experts have learned a lot about the virus since the pandemic began. Outbreaks can happen anywhere and COVID-19 can sicken and kill anyone.

It has also been determined that certain pre-existing medical conditions can put a person at higher risk. But other factors for how sick you could become are often more difficult to quantify because that may be determined by your own immune response.

More From This Program

How does a person’s unique immune response protect them from or make them more susceptible to the Coronavirus? Appearing on Smart Talk Monday to discuss immunity and COVID-19 is Dr. Anita McElroy, MD, Ph.D., Center for Vaccine Research, University of Pittsburgh.

The U.S. Government initiated a public-private partnership called Operation Warp Speed to accelerate, manufacture and distribute vaccines faster than any other time in history.

It is an unprecedented strategy that has been called one of the “most ambitious scientific endeavors in modern U.S. history.”

How will we know that a fast-tracked vaccine is safe? Appearing on Smart Talk Monday to detail the rigorous vaccine process is FDA Commissioner Stephen Hahn.

Pfizer reported last week that their early testing data is showing more than a 90% effective rate in the vaccine trial.

This big news was met with a stock market surge and great enthusiasm by industry followers and global leaders, all betting on a vaccine distribution before 2021. A second COVID-19 vaccine made news today. The biotech company Moderna, Inc., reports their experimental vaccine was 94.5% effective in preventing disease, according to a data analysis of its clinical trial.

The news is encouraging and is positive for U.S. economic growth in the short run. Gus Faucher is the Chief Economist with PNC Financial Services Group and he appears on Smart Talk to share insights for a U.S. recovery.

As part of WITF’s commitment to standing with facts, and because the Jan. 6 attack on the U.S. Capitol was an attempt to overthrow representative democracy in America, we are marking elected officials’ connections to the insurrection. Read more about this commitment.

In stories, we will use language that identifies lawmakers who took at least one of these actions: signed on to a Texas lawsuit aimed at invalidating Pennsylvania’s election; signed on to a state House or a state Senate letter urging Congressional representatives to object to or delay certification; and voted against certification. Those actions supported President Donald Trump’s election-fraud lie, causing many of his supporters to believe incorrectly that the election had been stolen, and that led to an assault on the U.S. Capitol.

Republican Sen. Scott Martin, who is appearing on Wednesday’s Smart Talk, signed the letter asking that the 2020 election results not be certified or to be delayed.