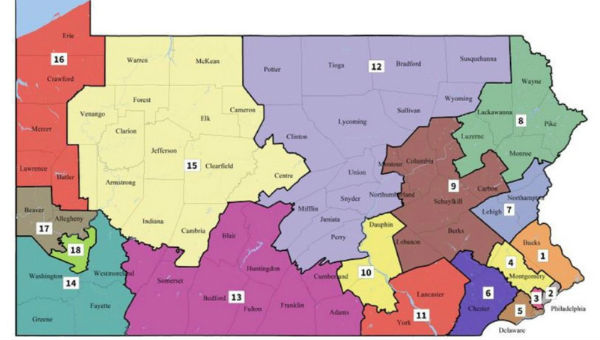 The Top Stories of 2018 on Smart Talk ends Friday with one of the year’s most important and ongoing issues — how Pennsylvania’s Congressional district boundaries are drawn.

The Pennsylvania Supreme Court made a decision last February that changed the course of politics in the state and quite possibly the nation. In a suit brought by the Pennsylvania League of Women Voters, the court ruled that the state’s Congressional districts were gerrymandered or drawn to give Republican candidates an advantage in elections. Republicans, who have a majority in the state legislature, adopted the districts after the 2010 census. The Court said the districts were so gerrymandered that they were unconstitutional.

Lawmakers, with Republicans in the majority, and Democratic Gov. Tom Wolf were given three weeks to submit new maps. The Court rejected those maps and decided to adopt a map of their own.

Republicans cried foul saying the Pennsylvania Supreme Court, with a majority of justices elected as Democrats, had overstepped their Constitutional responsibilities and usurped duties of the legislature.