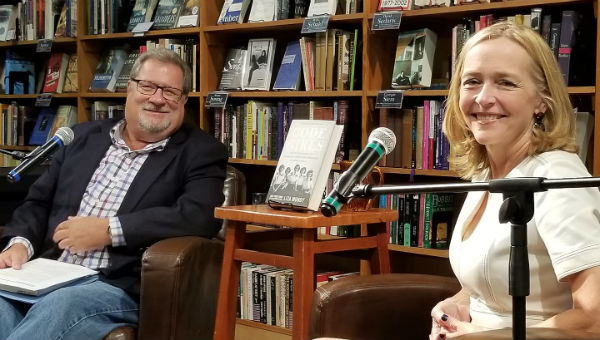 Seventy-three years after World War II ended, we’re finally hearing about thousands of young American women who saved lives and helped defeat the enemy. In her latest bookÂ Code Girls – the Untold Story of the American Women Code Breakers of World War II,Â best-selling authorÂ Liza MundyÂ describes the secretive duties of the women who were able to break down and interpret codes sent by the Japanese and German militaries, diplomats and governments. Â

Their efforts led to knowing the enemies’ plans, where their troops were located, troop strengths and supply chains.

One of the reasons the story hasn’t been told over the last seven decades is the code breakers were sworn to secrecy — even from spouses, family and friends.Â  Many of them were reluctant to break their silence even now.Â

Liza Mundy appeared atÂ Midtown Scholar BookstoreÂ  in October during their Harrisburg Bookfest.Â  Smart Talk host Scott LaMar interviewed her about the book and a recording of that conversation is on Friday’sÂ Smart Talk.